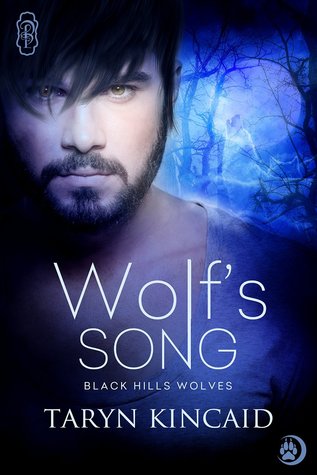 Ten years ago, visions of death and the babble of lupine voices in his head, drove lone wolf Brick Northridge to challenge his cruel and greedy pack alpha. Beaten by the alpha’s thugs and banished from the pack, Brick lives a life of seclusion in a mountain cabin in the Black Hills.

Born into a rival clan of feline shifters, skinwalker Summer McCoy, in her guise as a raven, watches Brick from afar, giving him back a reason to live through her sweet songs and special gifts.

But when her clan attempts to tear them apart and threatens the pack that banished Brick so many years before, will their love be strong enough to withstand the forces bent on their destruction?

Summer McCoy perched in the uppermost branches of her special Ponderosa pine, in raven guise, engaging in her favorite pastime, spying on the lone wolf chopping wood below. Two days’ worth of whiskers shadowed his rigid jaw. She loved when he forgot—or didn’t bother—to shave. Scruffy stubble suited him.

The sun beat down on the back of his bronzed neck and shone on his hair, the color of roasted coffee, a shade lighter than the dark shadow that charcoaled his face.

She fluffed her feathers in anticipation. Take your shirt off, Brick.

She’d heard the giant werebear, Gee, call him that name a decade ago. He’d made some joke about a wall and the hardness of the male’s head. But Brick hadn’t laughed back then. Not ever.

He’d fascinated her from the moment he’d arrived in the glade, bruised and battered. Once she’d learned his name, she’d treasured it, taking pleasure from repeating it often. Secretly, of course. Unwrapping the syllable frequently to admire its radiance in the privacy of her tree house, the way a woman wearing pearls against her warm skin enhanced their luminosity and iridescence.

Now, as if he’d heard her silent urging, he complied with her plea, shrugging out of the plaid flannel and flinging it onto a tree stump. Her beak opened as she sucked in breath. Sweat glistened on his torso, glazing rippling pecs and abs, shoulders broad enough to span the Badlands. A huge, incredible specimen of masculinity. Thick biceps flexed as he wielded the ax. Her heart beat faster than a hummingbird’s wings. Heat licked her.

First I love werewolves. I have not read the other books of this series, but this is a sweet, short, and fun read with excellent adventure and a quick plot. Brick is 18 when we meet him, he's scrawny and is BFFs with a werebear who owns a bar where he lives. His alpha sucks, can we just say that. And one day, even though he knows he'll probably die from it, he won't take his alpha's crap anymore. And then he literally gets beaten and shoved out on his own. His bear friend takes him to a cabin in the remote woods and tries to help him. So Brick has been living on his own for a long time. Enter Summer. She's a shifter and she's been watching Brick as a bird for the last 10 years. She knows she loves him, but she's the niece of the rival cat clan's alpha and there's no way she can love a wolf, much less mate one. But she doesn't want a cat, she wants Brick. So this is their story. Can they find love and happiness between two rival about to go to war cat and wolf shifters?

I loved this little short story. I like the poetry references and I loved that they fell in love with each other over 10 years without really knowing each other or that they were falling. I really enjoyed this one! so 4.5 WOLFY PAWS :)

First, tell me a little about your book :)….
WOLF’S SONG is part of the hot new Black Hills Wolves series, from Decadent Publishing. It’s a shared world, multi-author series.  The first book in the series, WOLF’S RETURN, by series co-creator, Rebecca Royce, released earlier in January. My book, WOLF’S SONG, is the fourth book in the series. It’s great to read them in order to get the full flavor of the Black Hills Wolves world, but they are all standalone, and that’s not necessary. My hero was banished from the pack by its evil alpha ten years earlier.  The heroine is part skinwalker and half feline shifter from a rival clan that threatens the Black Hills Wolves territory. She takes the guise of a raven most often, due to a mishap when she was a kit. And it’s as a raven that she loves Brick from afar…helping to bring him back to life and living with her sweet songs and carefree games. When they first meet as man and woman…it’s sizzling and explosive!

Do you recall how your interest in writing originated or did you always just know?
Always a big part of my life. Both my parents – newspaper people – were talented in that way and my earliest memories are of them reading to me. Books were always all over our house. My dad, especially, was an avid reader. My mom (during my formative years a stay-at-home mom before returning to her news career as a columnist and editor, footsteps I’d later follow) was highly creative. They encouraged reading. They encouraged creativity. When I took my own first stabs at writing as a very young child, you’d think I’d written the Great American Novel!

What inspired you to write your first book and what was it?
Not sure I’ve ever told this story before. When I was 15 or 16, I had a dreadfully boring summer job at the Department of Motor Vehicles, making check marks in a lined, speckled otebook for people signing up to take the written portion of their driver’s test. No one was at all close to my age. To amuse myself, and pass the long lunch hour, I started scribbling a very soapy romance. The hero was a rock star based very loosely on Mick Jagger. The heroine was a photograph for a publication based loosely on Rolling Stone. Hundreds and thousands of longhand words and pages later… it’s still gathering dust in a giant cardboard box in my closet.
When I first began reading romances, I read historicals and Regencies. Laura Kinsale’s Seize the Fire particularly resonated with me and I tried my hand at a Regency about a combat veteran of the Peninsular War. I didn’t much know what I was doing. (Another cardboard box in my closet.) But the grains of the idea became HEALING HEARTS, my first contracted book, published by Carina Press.

Are experiences based on someone you know, or events in your own life?
Never! (My own life is much too boring!) I write a lot of paranormals, you know!  ;)

How do you chose when/which characters die in your books?
In the Black Hills Wolves series, the various authors had a “bible,” with some of the features that are common to all the books.  The main one is that the pack is in disarray due to its heinous alpha, Magnum Tao.  We all knew that his son, Drew Tao, would return to the back after having left it for ten years and take on his father.  So in most of the books, Drew has returned and Magnum is dead. That made it easy for me! WOLF’S SONG opens with a prologue in which my hero, Brick Northridge, only 18 at the time, crazily challenges Magnum. He’s beaten into ground round and banished from the pack. The main part of the story takes place 10 years later. During that time, Brick has been living out in the mountains in isolation, and Drew has just returned to build the pack up again, along with the pack’s town, Los Lobos.

Are there any new authors that have grasped your interest?
Many! Too numerous to mention. But I highly recommend some of Decadent Publishing’s lines, especially the 1Night Stand series, Black Hills Wolves, of course; and the Beyond Fairytales series for some great books by established and new authors. Same thing with Fated Desires Publishing, which has several new “special lines” out or coming out now.

Who do you look up to as a writer?
One of my faves is J. R. Ward. I love what she does with words.

Who designed the cover? And do you help with them?
The wonderfully talented Fiona Jayde. I’m not sure whether she’s done all the covers for the series, but all so far are exceptional. I can safely say that, as a whole, they are some of the most stunning series covers around.  Here are the first four. Don’t you agree? :)

And they get better and better!

Do you have anything specific that you want to say to your readers?
I’ve read the first four books in the Black Hills Wolves series and you’re in for a treat! While they are all stand alone stories, the first one, Wolf’s Return, sets up the world. For me, it’s always fun to read a series in order.  But if you haven’t read one or another, and want to start with, oh, say, Book Four ( J ), you can and you won’t be adrift at sea!
At the end of February, I switch over from paranormals to contemporaries for a bit.  My foodie romance, IF YOU CAN’T STAND THE HEAT, will release from Fated Desires on 2/24. It’s available for pre-order now on Amazon, Kobo, iTunes and Googleplay.  And sometime later this year, I’ll go back to paranormals, this time with a futuristic, apocalyptic retelling of Sleeping Beauty for Decadent’s Beyond Fairytales series. Stay tuned! 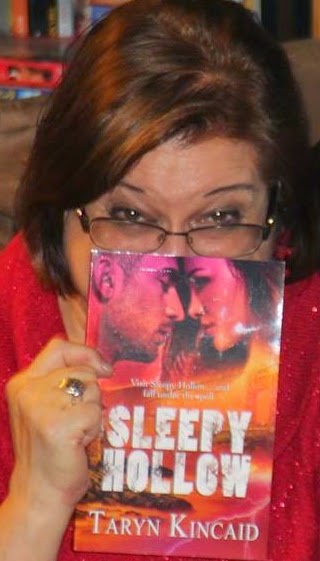 Taryn Kincaid is a former award-winning reporter and columnist, covering everything from fires and homicides, to corrupt politicians and hero dogs. Nowadays, she haunts courthouses (in least paranormal way).

1 Autographed copy of print edition of SLEEPY HOLLOW (U.S. only)