The Unholy by Paul DeBlassie III! Winner of the 2014 International Book Award and the Pinnacle Achievement Award!

A young curandera, a medicine woman, intent on uncovering the secrets of her past is forced into a life-and-death battle against an evil Archbishop. Set in the mystic land of Aztlan, "The Unholy" is a novel of destiny as healer and slayer.

Native lore of dreams and visions, shape changing, and natural magic work to spin a neo-gothic web in which sadness and mystery lure the unsuspecting into a twilight realm of discovery and decision.


Praise for 'The Unholy' by Paul DeBlassie III: "The imagery throughout is amazing and I love the writing style.  The plot kept me engaged throughout and the backstory is intricate and makes you think.  This is a relatively quick read but I would suggest starting when you’ve got time to invest.  Because you won’t want to put it down once you pick it up!"-Shana, The Bookie Monster

"The mystical novel, ‘The Unholy’ by Paul DeBlassie III is jam packed with native folklore, dreams and magic coming from all directions, which lead to the sadness and mystery that lures Claire, the heroine of the story, into a realm of discovery. The narrative of this book is fast paced and easy to read.

Claire is a strong female character, who has to not only fight against others, but also herself. There are so many components that made this novel unique, such as the setting of Aztlan, the Native American beliefs, religion, magic, and the overwhelming dark forces present. Paul DeBlassie III succeeds at telling a riveting story with an inventive narrative that carefully intertwines cultural and romantic elements into the good vs. evil fight, which pulsates throughout all the pages of the book."-Red City Review "The theme of the novel is pretty basic, good vs. evil. But the author takes that theme, twists it around, comes up with intriguing characters who often walk the balance between right and wrong, and takes things to a whole new level. There’s action, suspense, a hint of romance, and definitely enough darkness to share around in this book.

"A new take on the classic good versus evil,  The Unholy is well written and will leave you wanting more. I was intrigued by the native lore that was used to develop the story, and also on how strong of a hold the Archbishop has on the people of the town – his fear and power is overwhelming. I really enjoyed the story and how the characters prepared for what was to come."-Tracee, Review From Here

"This is really a very good read but I have to warn you it’s really dark. It reminded me of watching a movie where it is overcast, gloomy, a bit foggy and there are crows and ravens around. Well this had all that plus a psychiatric hospital, ancient and mystical powers, a cult, and unknown forces at work.

There is a sinister feeling that hangs over you as you read through this captivating story. It is really well written and so vivid, I had such a clear sense of where this all took place. The characters were very well done. The evil person is really dark and warped and creepy.

As I said this is quite a dark story but it is well told and a really good read. The very first chapter draws you into this story and will keep you reading to see whether good or evil wins. I definitely recommend it."-Maggie Thom, Author of  'The Caspian Wine Series' PAUL DeBLASSIE III, PhD, is a psychologist and writer living in his native New Mexico. A member of the Depth Psychology Alliance, the Transpersonal Psychology Association, and the International Association for Relational Psychoanalysis and Psychotherapy, he has for over thirty years treated survivors of the dark side of religion.

Confessions Of A Reader Apr 13 Excerpt

Life is Fairytale Will Never End May 4 Review & Interview


We’re thrilled to have here today, Claire Sanchez, medicine woman,  from Paul DeBlassie III’s thriller, The Unholy.  Claire is coming to us all the way from Aztlan, the mythopoeic realm of destiny as healer and slayer.  It is a pleasure to have Claire with us today at Beyond the Books!

Thank you so for this interview, Claire.  Now that the book has been written, do you feel you were fairly portrayed or would you like to set anything straight with your readers?
Yes I do. I should mention that I am speaking from the virtual realm, a mythopoeic place where past and present and future are as one:, so, whether I actually live or die within the drama of The Unholy has been answered, is being answered, and has still to be answered question.

What do you believe is your strongest trait?
I am tenacious! Having lost my mother at an early age, witnessing her brutal murder, left me with a ferocious will to survive.

Worst trait?
Fear. I fear that one day what happened to my mother could happen to me. I know I am a healer. She was a healer, was challenged, and died for what she believed in. That frightens me.

If you could choose someone in the television or movie industry to play your part if your book was made into a movie, who would that be (and you can’t say yourself!)?
I am a Native American/Hispanic woman of twenty-five who has intense brown eyes and auburn hair and a personality that can be fierce, fiery and warm and loving, so I ‘ll let you and the readers dream up what Hollywood woman could fit into this bronze woman’s shoes!

Do you have a love interest in the book?
I am in love with Anthony, a sculptor; but, in my mind to love means to lose. I lost my mother when I was a child. I’m desperately afraid to love Anthony.

At what point of the book did you start getting nervous about the way it was going to turn out?
I suffered the possibility of another intense and critical loss as the story unfolded, the actual turn of events actually turning my mental world upside down and inside out.

If you could trade places with one of the other characters in the book, which character would you really not want to be and why?
I would be Anthony, my friend and lover as he is such a supportive individual and one who feels and exhibits such great courage and understanding for the one he loves.

How do you feel about the ending of the book without giving too much away?
I was literally brought to tears by the way in which the story ended, the drama unfolding with such violence and natural occurrences synchronously leading to destiny revealing itself!

What words of wisdom would you give your author if she decided to write another book with you in it?
I will be appearing when least expected in the next novel, Dark Goddess, that he is writing. The wisdom I have to impart is to always watch for the unexpected for it is full of shocks, surprises, and delights! 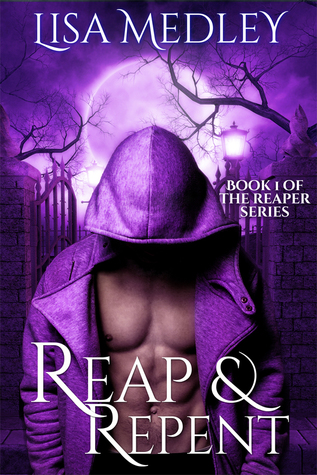 Ruth Scott can read the energy of every person she meets. Then she meets Deacon Walker. She can see his ice-blue eyes, his black hair, and his gorgeous face. But this beautiful stranger has no aura.

Deacon is just as unsettled by Ruth—and, having spent more than two hundred years ushering souls to Purgatory, Deacon is seldom shocked by anything. As he helps Ruth to understand her true nature, she awakens desires that he decided long ago a Reaper can’t afford.

A demon invasion forces Deacon to confront the darkness in his own past even as he fights to save the human souls he’s charged to protect. When he’s taken captive, his first concern is for Ruth. But Ruth just might be able to save herself—and the Reaper she can’t live without—if she can learn to wield her newfound powers.

My Review is Here! 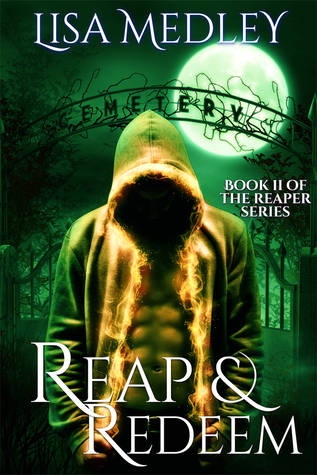 He’s a reaper who has given up on saving souls. Will a dying woman be his salvation?

After a century of enslavement to pure evil, Kylen Larson is finally free. But he’s long past caring. The only woman he ever loved is dead, and he’s tormented by memories of the horrors his demon parasite forced him to commit. Now, he lives for nothing more than hunting down the infernal creatures invading Meridian, Arkansas, and destroying them.

Olivia Evans is in the final stages of cancer when Kylen accidentally saves her from demonic possession. When he rescues this innocent soul, Kylen rediscovers his mission—and his heart. All he wants is to help Olivia stay alive. He’ll just have to fight off an invasion from Hell first… 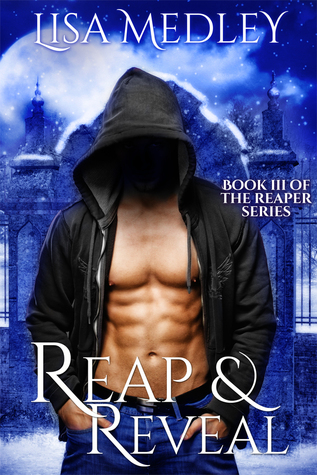 By day he saves lives in the city he loves. Can he save souls too?

Nate is an EMT, a witch and a newly inducted member of the Reaper Authority Force. What he's not is a reaper. With unexplained abilities, his true nature lies somewhere in between the angels, demons and reapers he finds himself involved with. When he's paired with the reaper Maeve, he struggles to find his place in the rising war to save the souls of Meridian and the world.

Maeve has tried to hide her reaper handicap--her toxic reaper energy--from her colleagues. But when she's possessed by a fallen angel and forced to poach souls for Hell, her greatest weakness might be the only thing that saves her.

Nate uses his growing powers and his innate magic to find Maeve. He'll do whatever it takes to save her, revealing more than he ever imagined in the process. 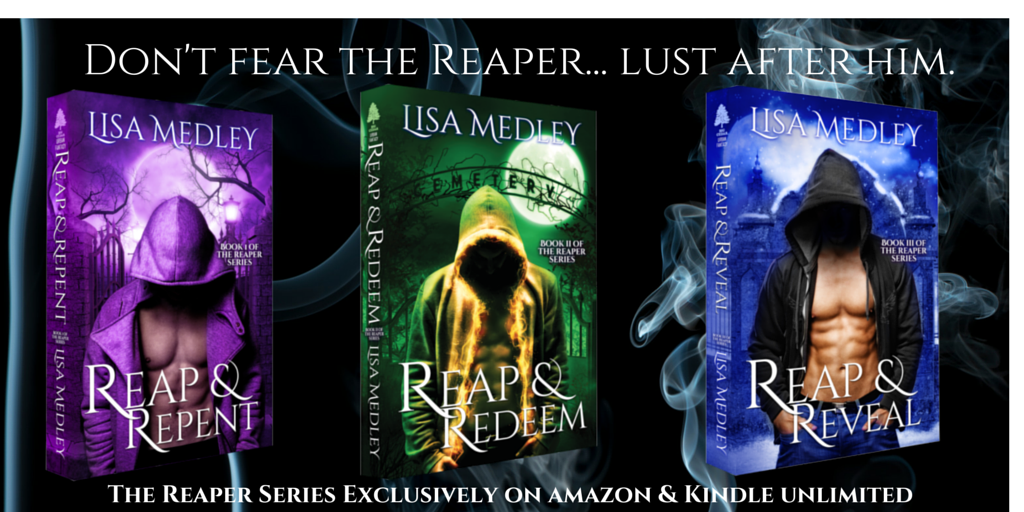 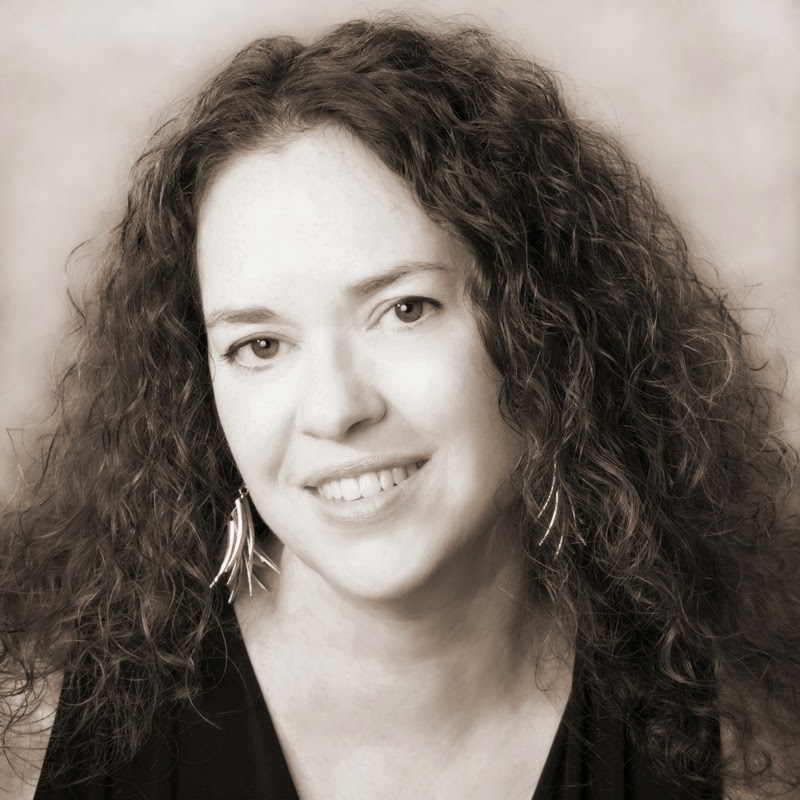 Lisa has always enjoyed reading about monsters in love and now she writes about them, because monsters need love too.

She adores beasties of all sorts, fictional as well as real, and has a farm full of them in her Southwest Missouri home, including: one child, one husband, two dogs, two cats, a dozen hens, thousands of Italian bees, and a guinea pig.

She may or may not keep a complete zombie apocalypse bug-out bag in her trunk at all times, including a machete. Just. In. Case. 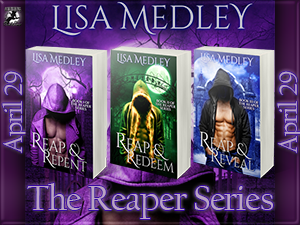