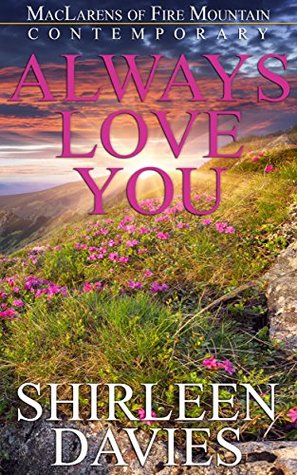 
“Romance,
adventure, motorcycles, cowboys, suspense—everything you want in a contemporary
western romance novel.”
Eric Sinclair loves his bachelor status. His work at
MacLaren Enterprises leaves him with plenty of time to ride his horse as well
as his Harley…and date beautiful women without a thought to commitment.
Amber Anderson is the new person at MacLaren Enterprises.
Her passion for marketing landed her what she believes to be the perfect job—until
she steps into her first meeting to find the man she left, but still loves,
sitting at the management table—his disdain for her clear.
Eric won’t allow the past to taint his professional
behavior, nor will he repeat his mistakes with Amber, even though love for her
pulses through him as strong as ever.
As they strive to mold a working relationship, unexpected
danger confronts those close to them, pitting the MacLarens and Sinclairs
against an evil who stalks one member but threatens them all.
Eric can’t get the memories of their passionate past out of
his mind, while Amber wrestles with feelings she thought long buried. Will they
be able to put the past behind them to reclaim the love lost years before?
Read, Always Love You, book five in the MacLarens of Fire
Mountain Contemporary Romance series.

The trip to her apartment had been
excruciating. Not so much because of where she sat, within arm’s reach of him.
It had more to do with his acceptance he still loved Amber, wanted her back in
his life and his bed—always. No other woman had been able to find a way into
his heart the way she had, and there’d been many who’d tried.

He’d spent the drive trying to come up with
the right words, something to make her understand he’d never stopped loving
her. The fear she’d turn from him again began to fade as the need to find out
if they could ever have a future took over. He’d seen the way she watched him
when she thought he wasn’t looking. The regret he’d seen almost choked him.

It had taken all his willpower to unlock her
door and step aside instead of taking her in his arms. Now he found his control
falter as she stared up at him.

His chest squeezed as his breath caught. He
reached for her hand, turning it over to press his mouth to her palm, never
taking his gaze from hers. Her lips parted, her breathing quickened. The air
around them pulsed as if they’d been enveloped in a magnetic force neither
could escape.

“Amber…” He whispered her name a moment before
lowering his head until his mouth came down on hers. The first touch seemed
almost tentative before he wrapped his arms around her and tightened his hold.
The kiss deepened, his mouth devouring hers, hot and moist.

He could feel her hands move up his arms to
wrap around his neck, pulling him tight, melding her body to his. He groaned as
her tongue traced his lips, sending a hot ache through him. Gathering her
closer, he explored the recesses of her mouth until he pulled away on a ragged
breath, letting his lips trace a path down her neck to the soft spot at the
base. He sucked lightly before moving back up to reclaim her mouth.

Amber’s caution shattered at the first touch
of his lips to hers. It had been so long and she wanted him so much. The feel
of his mouth devouring hers sent waves of heat pulsing through her. She
remembered how they used to be together and began to feel the same sense of
urgency. Her hands moved under his jacket, splaying across his back.

Bio: Shirleen Davies writes
romance—historical, contemporary, and romantic suspense. She grew up in
Southern California, attended Oregon State University, and has degrees from San
Diego State University and the University of Maryland. During the day she
provides consulting services to small and mid-sized businesses. But her real
passion is writing emotionally charged stories of flawed people who find
redemption through love and acceptance.
She now lives with her husband in a beautiful town in northern Arizona.