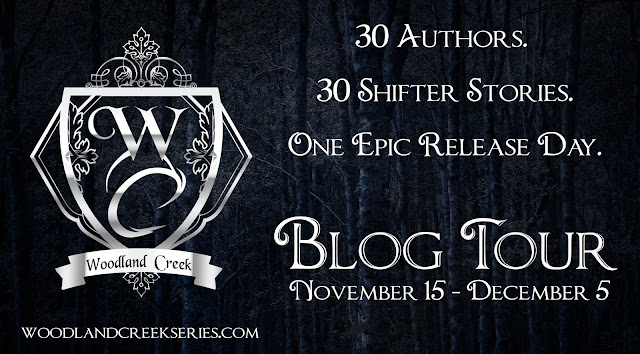 After faced with crippling loss, a heartbroken raven must find her wings again...

Treasure hunters are trained to find things, but all Morgana has known is loss. When someone she loves dies because she can’t protect them, she shies away from the world, too afraid to let anyone else get close. That won’t last long because ravens aren’t ones to pass up on shiny things.

Cody has never really felt accepted. He’s a coyote shifter of Native American heritage, but he gets his looks from his Scandinavian mother, unlike his siblings and the rest of his people. That makes him all the more dedicated when what seemed like a freak tornado becomes something much scarier.

When Cody realizes that his family’s powerful talisman has slips into the wrong hands, he desperately needs help. But he never imagined he’d be fall head over heels for the beautiful, if not, mysterious treasure hunter. Morgana will need to let go of being hurt again if they have any hope of saving not only each other, but also the small town that they both love from disaster.

Another great addition to the Woodland Creek World. I loved it. As a Raven shifter, Morgana is a beautiful bird, but when she's human, she is in pain. She lost her boyfriend Ezra, during one of their treasure hunting jobs. She knew she had advantages over him, being human, and she could shift and fly away. So she has a lot of blame- which really isn't needed. But when she moves to Woodland Creek- running from her past, she never expected to meet Cody- the Coyote shifter. Cody is desperate to find a magical talisman that belongs to his tribe. There's great power but it can also be really bad if the person trying to use it had not so nice intentions. So, he finds Morgana to help him track it down. He didn't expect her either. And their chemistry is awesome, though he wants her and is honest about it, and she is still running. She doesn't want to let anyone in, because they have the power to hurt her. And yet, Cody being bullied and cast aside by his whole family is still willing to give it a try. He has never fit in or felt loved, except by his grandma. Yeah, Grandma is wise woman cool and a bit creepy too LOL. And then we have the extra scary wizard who wants to have too much power. I couldn't put this one down and I loved the writing. The story made me smile because both Cody and Morgana healed themselves while healing the other. They make a wonderful team, though it took a minute for them to get that.  I am so happy that Cody kept going for her. And that she finally gave in. Yeah, this one is really great!! 5 PAWS!!

Author Interview
A. Coffee addict? No
B. What’s your favorite alcoholic beverage? Hard cider
C. Favorite Food? I don’t really have a favorite, but I do like steak and roasted potatoes.
D. If you had to chose Coffee or Chocolate? Chocolate
E. Beach or mountains? Mountains
F. Winter or summer? Winter
G. vampires or werewolves? Werewolves
H. Cold or hot? Cold
I. Favorite color? Purple
J. Night or day? Night
K. Moonlight or sunlight? Moonlight
L. Bad boy or good guy next door? In books, bad boy. In real life, good guy!

Ok, that’s enough! LOL thanks so much for coming visit me, and thanks so much, for doing this with us! I appreciate it and I look forward to the next time!
About the Author 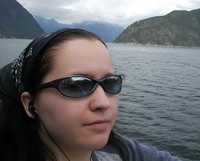 New York Times and USA Today bestselling author Sarah Mäkelä loves her fiction dark, magical, and passionate. She is a paranormal romance author and a life-long paranormal fan who still sleeps with a night light. In her spare time, she reads sexy books, watches scary movies, and plays computer games with her husband. When she gets the chance, she loves traveling the world too.

Giveaway
There are three amazing prizes for this blog tour! 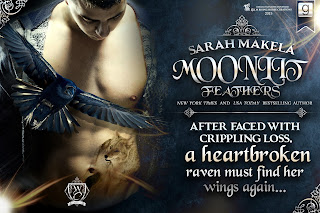