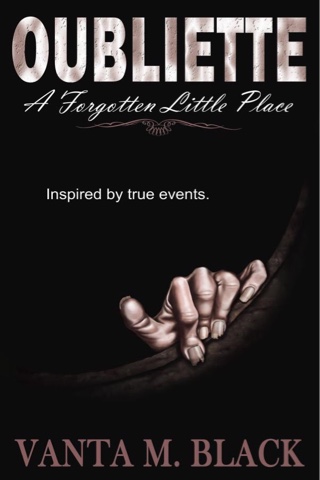 Veronica knows the monsters aren’t “just in her head”, but no one listens to the headstrong ten-year-old as they tie her to a hospital bed every night.

Years later, after being dumped by her business-partner/boyfriend, Veronica finds herself on the verge of bankruptcy. Then a late-night call promises the perfect solution — a job opportunity decorating a castle in France.

Will Veronica risk what little she has left to chase a fairytale?

When the shadowy things that once terrorized her come back, Veronica must decide how much she’ll sacrifice for them, for her sanity, and for her life.

You'll be transported to an ancient Pagan ritual, Roman-ruled Gaul, the bloody Inquisition of the Knights Templar, France as it's ravaged by the Black Death, the duplicitous Reformation, the Paris Catacombs, and the gory French Revolution, while you unravel Oubliette’s cryptic layers.

Excerpt One from Oubliette—A Forgotten Little Place by Vanta M. Black - From the Prologue to Veronica’s Story
Veronica didn’t understand why they looked for the monsters in her head, that’s obviously not where they were. Instead of listening, the doctors stuck pads with wires to her temples and increased the dosage of an IV that dripped into her veins.
They also told the nurses to tie her down with thick, leather belts every night.
The tethers didn’t matter though, because when the monsters came, she wouldn’t be able to move anyway. The only thing Veronica could ever do was scream.
The doctors called them “night terrors”. The pudgy lady who talked funny –– she told Veronica it was her accent –– said they were “spirits”. Mommy used the term “shadow people”. Veronica just called them “monsters”, and wished they’d stop scaring her when she slept.
They wanted her. Deep inside, on a primal level, Veronica knew the monsters –– or whatever they were –– craved her, and if given the chance, they would do something very, very bad to her.
The little girl tried to explain this to the doctors, the nurses, the accent-talking lady, and her mother, but none of the adults really listened. Instead they argued and shouted at each other, and huffed in and out of the room –– but the thing that frightened Veronica the most, is when the adults would simply shrug their shoulders, and admit that they really didn’t have any idea what the monsters were at all.

Louis dashed and the creature lunged after him. A thick, strong paw snatched the boy’s injured foot, wrapping around it with a vice-like grip. It pulled him down. The lad’s belly splatted on a damp bed of moss and the precious contents of his satchel sprayed out around him.
It reared up with a ferocious maw open wide. Despite the darkness, Louis saw into its eyes. Bright against its black matted fur, they had glistening whites — like a person’s. The eyes looked human, and that terrified Louis more than if they had looked like a raging, wild animal’s.
As the beast swooped down to attack, Louis twisted to one side and rolled over something round and hard. He grabbed what he thought was a rock and brought it down on the thing’s skull with a smack. It howled in pain, swung its head around to attack again, and then froze.
Louis braced for its strike with hands shielding his head. When nothing happened, he tentatively pulled his arm back to see the creature sulk back. The boy took advantage of the inexplicable reaction and kicked his foot free. It recoiled, and Louis saw that its menacing gaze was locked on the object in his hand. It wasn’t a rock after all, but one of the special relics his father had given him.
Louis scooted back. The thing hovered in front of him but did not move forward. It swayed slightly, like a dog tethered on a leash. Perhaps Isabelle was right! It couldn’t go beyond the castle grounds.
He gathered up his satchel and the rest of the contents, then slowly, cautiously, walked backward, keeping his eyes on it the whole time. Once he felt there was a safe distance between him and the devil, he spun and ran toward the river.
He was small and fast and darted easily through the dense foliage. It only took moments for him to arrive. Isabelle was there on the bank, waiting for him. She hugged him and cried, “Are you all right? Did it chase after you?”
Louis nodded and tears welled up in his big, brave eyes. “But it didn’t get me. It tried, but I scared it off!”
Isabelle chortled. “You scared it, my little poppet?”
“No, it was scared of this.” He held up the object.
Isabelle looked confused and squinted at the gleaming globe-like relic in the moonlight, “What is it?” Before the boy could answer, she interrupted him. “Shh, listen. Barking...I hear dogs.” 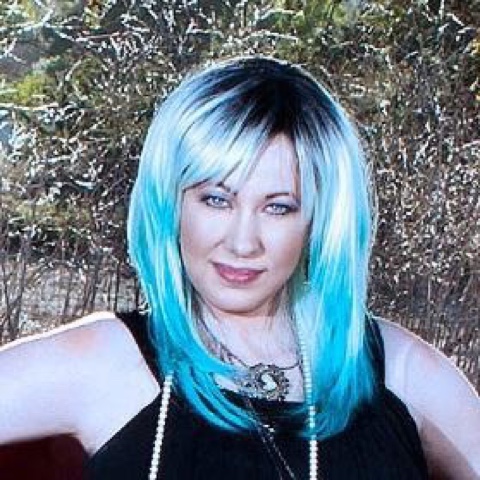 In addition to writing,  she enjoys traveling to provocative places and studying all things esoteric.

Black has degrees in English, communication and art. She resides in Southern California with her husband and two pug-mix dogs, and spends her time in support of causes that empower women and advance science and technology.