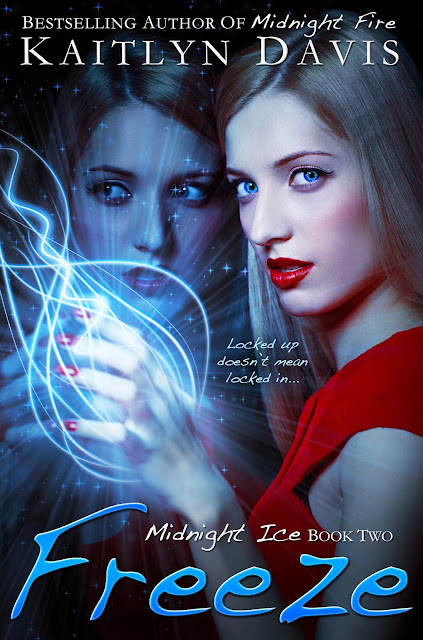 Locked up doesn't mean locked in.

Pandora Scott is in jail...again. Everyone she once loved betrayed her...again. And some of the most powerful people in the world want her dead...yes, again. Sound familiar? But if there's one thing Pandora is good at, it's wriggling her way out of life or death situations, and this time is no different. Armed with her ability to disappear and aided by the mysterious Sam, Pandora's got a plan. Escape the most secure prison in the world. Evade the most powerful trackers on the planet. Forget every word that Jax has ever told her. And figure out how to change one teeny tiny thing--fate. Easy, right? Well...doable, at least.

Freeze is the second book in the thrilling Midnight Ice series--the brand new spinoff to Midnight Fire, a bestselling paranormal romance with over 200,000 copies sold and over 5000 5-star reviews on Goodreads! 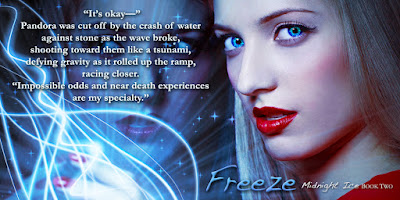 “Dory,” he whispered, deep voice thrumming.
Part of her yearned to whisper his name.
Jax.
But the other part won.
The part still clinging to his betrayal, perpetually aching from it.
I should have left when I had the chance, she cursed inwardly. Why did I turn around? Why, oh why, did I actually look at him?
Pandora swallowed her rising emotions back down, flipping the switch inside her head, letting the vampire take over. With a cool, crisp voice free of the taint of human feeling, she asked, "What are you doing here?"
His soft green eyes flashed, revealing his surprise. But then he crossed his arms, responding with a challenge of his own. "What are you doing dropping what could be an entire life's savings into an anonymous donation box for a zoo?"
Pandora ignored the question. “Are you alone?”
A lazy smile crawled across his face, one she recognized immediately because it was the same grin he wore in the photograph she’d stuffed in the back of her closet. Carefree and confidently amused. “You really think I need backup to face you?”
She shrugged absently. “None of the other titans came alone.”
"None of the others know you like I do," he murmured, voice silky as he reached across the space between them, a distance that seemed both vast and nonexistent at the same time, gently running his finger over the bare skin of her hand. And again, her pesky heart thumped once, alive for a moment, ignited by his touch. Without even a hint of hesitation, he latched his fingers around her forearm, palm burning hot through her sweatshirt. But his brows came together as he felt the frozen temperature of her skin, confirming what he’d seen with his own eyes—that she was a vampire.
"Let go," Pandora demanded, pushing past him hard enough to make him stumble.
But he just tightened his hold. "Not so fast."
"Jax," she warned.
His entire face brightened, eyes sparkling like the ocean on a sunny day. "So you do remember my name! I was starting to get a complex about spending four years chasing after a girl who'd completely forgotten me."

If you haven't started the series, FROST (Midnight Ice Book One) is currently on sale for $0.99 for a limited time! 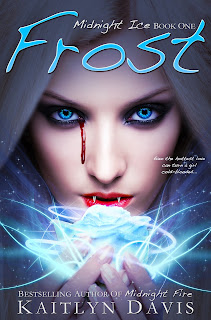 "A snarky, action-packed, and entertaining read!" - Betwixt the Pages

"A story of teenage love, betrayal, double crossing and danger..." - Splashes Into Books

Even the hottest love can turn a girl cold-blooded...

Life's tough for a vampire thief on the run--just ask Pandora Scott, she knows. Four years ago she ran away from home after everyone she loved betrayed her. But now her annoyingly grown up (and handsome) ex boyfriend is stalking her, begging her to return. A mysterious vamp with a particularly dangerous (and sexy) stare keeps popping unexpectedly into her life. The extremely powerful head vampire of New York is hunting her down because she may (or may not) have broken into his highly-secure, highly-secretive personal vault. And the fate she's been trying to outrun? Well, it's about to catch up. Because even a super-speedy vamp with the ability to disappear can't escape her own destiny.

A brand new spinoff to Midnight Fire, a bestselling series with over 200,000 copies sold and over 5000 5-star reviews on Goodreads! Fans will enjoy special appearances from Kira, Luke and Tristan while falling in love with the new characters and new adventure of Midnight Ice.

*Please note, you do not need to read the books of Midnight Fire to enjoy Frost (Midnight Ice Book 1). They are two standalone series with character crossover. 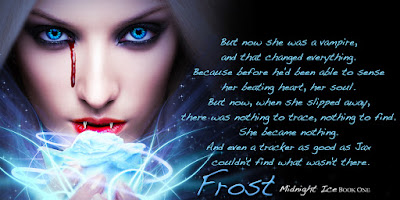 And the third book, Fracture, just became available for pre-order! 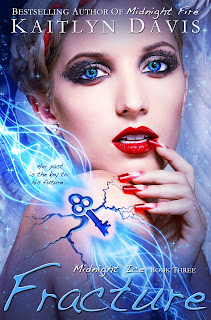 When you fall for the devil, you're bound to get burned.

Pandora Scott's world has blown up once again, but this time she's learned her lesson--saving the world isn't a job she can do solo. She needs friends. But when her strongest ally also happens to be the boy who shattered her heart, it's not as easy as it sounds. Especially since the person she has to destroy might just be the love of her life. With her fate hanging in the balance, Pandora's got to make a choice. Forgive? Forget? Fight? Or falter? But everything changes when she realizes that the people she thought were heroes might be villains, and the good guys aren't always as trustworthy as they seem...

Fracture is the third book in the thrilling Midnight Ice series--the brand new spinoff to Midnight Fire, a bestselling paranormal romance with over 200,000 copies sold and over 5000 5-star reviews on Goodreads!

B&N – Preorder is still processing, link should be available by Monday 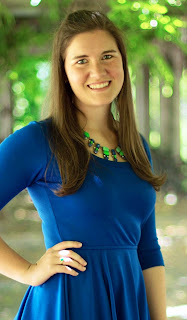 Always blessed with an overactive imagination, Kaitlyn has been writing ever since she picked up her first crayon and is overjoyed to share her work with the world. When she's not daydreaming, typing stories, or getting lost in fictional worlds, Kaitlyn can be found playing fetch with her puppy, watching a little too much television, or spending time with her family. If you have any questions for her--about her books, about scheduling an event, or just in general--you may contact her at: KaitlynDavisBooks@gmail.com

Sign up for Kaitlyn's newsletter to stay up-to-date with all of her new releases, to receive exclusive subscriber bonus content, and more! bit.ly/KaitlynDavisNewsletter

I totally owe a review to both Frost and Freeze, but for those who follow my blog have noticed I haven't posted in a while. When you work full time at 55+ hours a week, plus go to school and have clinicals in the hospitals an additional 40+ hours a week, time is short. I am almost done with Freeze (Frost is AWESOME, and Freeze is so far SUPER AWESOME) and I will have a review ASAP, because this author is not only wonderful, she writes fantastic books and has always been great to me! Now the rest of you guys should grab a copy!!!

Blood Ops leader Dr. O is chained in the bowels of Steele City, the state’s maximum security prison, and the clock is ticking for Nina and Frankie to bust him out.

Now that supernatural creatures are out of the closet, Providence is descending into an Apocalyptic wasteland. With the abrupt shut down Blood Ops, Nina and Frankie are on their own to save Dr. O and the other supernatural prisoners from certain death. Not knowing where Demon Mayor Bertrand’s loyalties lie, they are forced to rely on some questionable allies to battle Leila, a powerful vampire/witch hybrid hell bent on creating an indestructible supernatural army. She also happens to be Nina’s mom.

Alliances are tested and relationships fractured as Nina and her band of supernatural crime fighting misfits are pushed to the breaking point.

Steele City Blues by Karen Greco is the third book in the Hell’s Bells series, the first being Hell’s Bells and the second being Tainted blood.  These should be read in order. But let me just say, Nina is back and she is AWESOME!!! She is such an amazing character and her halfling status makes her so much more interesting!! And spoilers will blow your mind if you don't know what's coming, especially the deaths. So we're in Marshall law right now, and Nina's mother is crazy and wants every supernatural put into a majorly strict prison- Steele city- or be killed on spot. Nina just wants some normalcy but that isn't happening.

Man the plot was fantastic!!! I absolutely loved it! And it has everything I needed to get back into a world I love!! The writing is flawless. I seriously love his authors writing style. And I've seen Nina grow so much as a character. And there's some big spins that I just couldn't put this book down. Well done Ms Greco!!! 5 PAWS!!!

Karen Greco is originally from Rhode Island and loves hot wieners from New York System, but can't stand coffee milk. She studied playwriting in college (and won an award or two). After not writing plays for a long time, a life-long obsession with exorcists and Dracula drew her to urban fantasy, where she decapitates characters with impunity. Steele City Blues is the third book in the Hell’s Belle series, after Hell’s Belle (the first) and Tainted Blood (number two). She writes contemporary romance for a small press under the pen-name Jillian Sterling, and has a day job in entertainment publicity.

10 copies of the book in Kindle or Epub format.