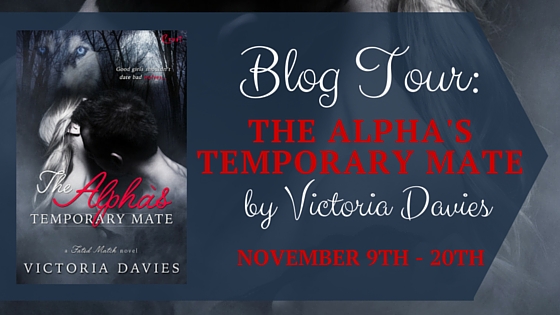 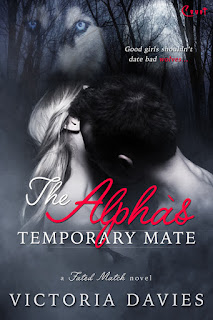 
“Hey,” he said. “Why the long face?”
“Nothing,” she replied, forcing a smile to her lips. “Nothing at all.”
His chocolate-colored eyes held hers for a long minute.
“Did you know,” he said, “that wolves can detect changes of emotion in your scent? Yours just grew…sad.”
For a moment she had the overwhelming urge to tell him. Secrecy had never been part of her nature. She was
more of a speak first, regret later girl. But self-preservation held her back. She didn’t want to share with him, bond with him. This was a job, and if nothing else, she’d learned how to be an excellent professional.
“Stop sniffing me,” she replied, pulling her cool business facade around her like armor. “You have the right to my presence by your side. Not to my thoughts.”
Pointedly looking away from him, she reached for her wineglass and finished the last sip.
“Dinner was wonderful,” she complimented as she pushed her empty plate away. “Do you need help with the
washing up?”
“No.”
“All right. Then I think I’ll say good night and head to bed. There are a few cases I need to go over before work tomorrow.”
“I understand.”
“I’ll be back around dinnertime tomorrow, so don’t worry about cooking. I’ll grab something on my way.”
Again he inclined his head.
He’s up to something, her instincts whispered. He’s being far too nice about being brushed off.
Nonsense, the practical side of her replied. He’s merely seeing reason.
“Good night, Kieran,” she said as she hopped down from the chair.
“Just one problem,” he said.
She froze, her back to him. Knowing she’d regret the decision, she slowly turned to face him. “And what would that be?”
“Tomorrow, in front of my pack members, I’m going to kiss you.”
Fire licked through her veins. Her heartbeat kicked into high gear, pounding in her ears as she looked at the smugly satisfied smile on her partner’s face.
“You’ve already warned me of my role,” she said, unwilling to let him rattle her. “I’ll be ready.”
He slipped from his own seat with grace, prowling a step toward her. “Yes, but as we established, you are not a born actress. If our first kiss is before prying eyes you will give us away.”
She frowned, wishing she could dispute his words but knowing he was probably right. “Then what exactly do you suggest I do?” she snapped. “Visualize our ruse going well?”
A wolfish grin curved his lips, which had nothing to do with his inner animal. Knowing she’d just made a huge
tactical error, she waited for the trap to snap shut on her.
“You know as well as I do, darling,” he said, leaning in until she felt the heat of his skin against her own. “Practice makes perfect.”