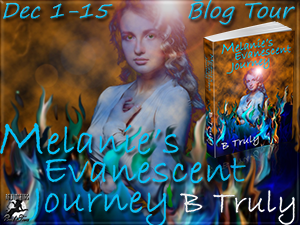 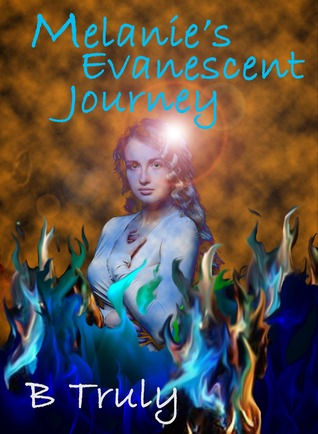 True Love may cost a price, if the greater good preordains that you are the sacrifice.

There are always two sides to a story. Melanie Wilhelm's begins after she moves from Australia and starts her senior year at Cashmere High. On her first day, she bumps into a mysterious guy, and they form an instant connection. They become friends and he shares his deepest secret with her. As they grow closer, their relationship amplifies and becomes binding. Strange things occur, but instead of worrying, Melanie's feelings intensify.

The excitement of New Year's Eve approaches, and so does Jason's most devastating revelation of all. She learns his ultimate truth and is now spun into his chaotic web. The danger rises and hard choices must be made. By being with Jason, Melanie may have to sacrifice more than her heart. It may cost her life.

Melanie's Evanescent Journey ties into books one and two of The Sonar Trilogy. From spiraling twists to devastating plots, her journey will make you question fate and true love.

Is fate something you can control? Some believe it's in the hands of what you behold. 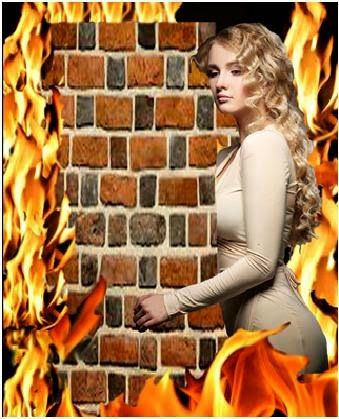 Work was busy this evening and it was a welcome distraction. I worked as a waitress with Ebony at the Burger Grill. It was a small, family-owned diner. It had been around for over forty years. Ebony had gotten me on a few weeks ago.
“How was your day?” Ebony asked as we were putting our aprons on.
“I’m getting used to the flow of school. How was yours?”
“It will be better once this shift is over. I’m bloated and cramping today.”
“Did you take some medicine?”
“Yes, but it hasn’t kicked in yet. Any luck with J?”
“Not sure. We talked some.”
“At least he is talking with you. It’s a good sign.”
“I hope so.”
“People are getting seated in our sections. We’d better get to our tables,” she said.
We tended to our tables, and around an hour later, Ebony tapped me on my shoulder.
“Look what the cat dragged in. I sat him in your section,” she said and giggled. I saw Jason across the room, sitting with his brother and sister.
“Thanks a lot,” I said, sarcastically. Now I would have to face him again.
“You’re welcome,” she replied still laughing and walked off.
I took in a deep breath and went to their table.
“Hi guys, I’m Melanie. What can I get for you this evening?”
Jason looked up in surprise and blushed slightly, making my stomach do a somersault. Their sister said, “Hi Melanie. We get to formally meet now, I’m Harmony. And I will have a Coke.”
She and her brother did look exactly alike. “Are you guys twins?” I blurted out.
“Yes,” her brother replied. “Nice to meet you, Melanie. I’m Jaden. How do you like Cashmere so far?”
“It’s okay, but slightly different from school in Australia.”
“I love your accent,” Jaden said.
“Thanks.” Jaden was handsome, but his brother was gorgeous.
“Melanie, how long have you been working here? My siblings and I come here often,” Jason interrupted and appeared to give his brother an evil glare.
“For just a few weeks.”
He looked like wanted to ask something else but didn’t.
“What can I get you guys to drink?” I didn’t want to stand there making goo-goo eyes at him.
“I will have a Coke,” Jaden said.
“And I will have a Sprite,” Jason replied.
“Coming right up.”
I brought them back their drinks, took their food order, and took care of my other tables. A little while later Ebony stood next to me, waiting on her order.
“I’ve noticed he keeps staring at you.”
“Who?”
“You know who. Jason.”
“Don’t you have tables to tend to?” I replied playfully.
“I just thought you should know.”
She winked at me and took her food order. He was eating a French fry. Gosh, he even looked sexy doing that. He caught my eye and signaled for me to come over.
“We’d like the check, please,” Harmony said.
“Sure,” I answered, pulling out the bill and placing it on the table.
“So Melanie, are you seeing anyone?” Jaden asked.
Excuse me! He was very direct. I had just met him. Harmony giggled, and Jason turned red. I cleared my throat. “No, not at the moment. Why?”
“Maybe we can hang out sometimes,” he replied with a smile. He leaned back and folded his arms behind his head, waiting for an answer. Harmony was amused, and Jason looked aggravated.
“Um no. Absolutely not.”
“Geez, well why not?”
“Because Ebony’s my friend first off, and second, I have my eye on someone else.”
“Oh, sorry. I didn’t know you guys were friends,” he replied, looking remorseful.
“Yeah, we are good friends,” I said, walking off.
I went to the kitchen and glanced back at their table. Harmony and Jason were laughing. Jaden appeared annoyed. Served him right. It was obvious he thought he was Mr. Casanova.
“What was Jaden talking to you about?” Ebony asked.
“Nothing much, the usual. He noticed my accent and wondered where I was from,” I lied. I wasn’t about to tell her he was flirting. He did apologize when he realized we were friends though, so maybe he wasn’t a total douche. I glanced back over to my section, but they were gone.

*  *  *
After my shift I stopped at the corner store. There were only a few cars in the parking lot, and no one in sight. I headed to my car, and hit the alarm. Before I could get the door open someone grabbed me from behind. I struggled against them, and fought with all my might, but he dragged me into the side alley. Another person charged from the side, and then something hit me in the head. I fell to the ground, and touched my throbbing wound. It was dark with only the side light from the building, so I couldn’t see the blood clearly. But I could feel the liquid stickiness on my fingers. I squinted in the dim light, straining to see my attackers, but I couldn’t see any facial features. They were blurry. They appeared to be males with short hair, and their broad body frame.
“Leave me alone!”
One man’s response was a kick to my stomach. I gasped and cringed in pain. Why was this happening to me? I had been told that burglaries and assault hardly ever happened on this side of town. Me and my rotten luck were going to make the crime rate sky rocket. Taking a deep breath, I gathered my courage, and tried to get up. One of the men pushed me back down. I saw an object in his hand, the silver color bounced off of the light. It was a knife. I had to find a way out of this. Heat pulsed through my body as I glared into his eyes. And fear consumed me with the black depths of them, dark as midnight. The other man held me down, and I fought to get out of his grasp. The one with the blade leaned closer to me. He didn’t have on a mask, but I still couldn’t make out his features. He was faceless. He thrust the blade against my neck. The pain was sharp, and tears sprang into my eyes.
“Please stop! Why are you doing this?”
He snorted. “Because the greater good has preordained it.”
Before I could contemplate his strange explanation he slit the knife against my throat.

I haven't read anything by this author before, but I thought this one was pretty interesting. I understand the first book is from a different POV but I liked this one and I liked Melanie. This one is about Melanie and how she looks at things that have happened. I think she might be a little neurotic, but hey who isn't. And she's gunna fight for her guy. I'm glad she seemed quite smart, but just needed to act it as well. She finally learned that Bryan is not something perfect to put on a some kind of higher place.  But then she goes from googlie girl to straight up lusty. LOL And he's not even really that nice, not even to her. I will take his line and say "It's complicated". I'm thinking I need to read the first book before I make too many other judgements because if you read reviews for it, everyone liked Bryan and didn't like Melanie. LOL So with that, I will say it's a quick paced read, that was interesting. 3.5 PAWS 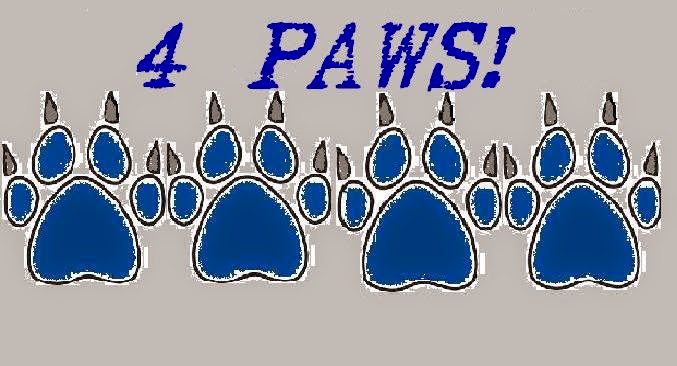 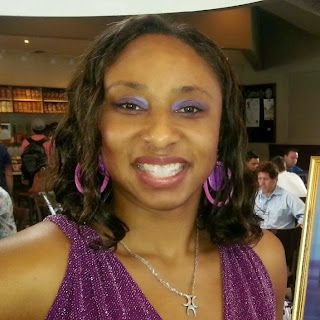 I have wanted to be an author since I was fifteen years old and grateful to have accomplished this dream. I have three wonderful children and a husband who defines the person I am today. I work full-time as an Ultrasound technologist in Sugarland, Texas.

I have very vivid dreams and a wild imagination. I like to read, watch tons of TV shows, and movies. I’m addicted to romance and get a thrill out of action and suspense. I write New Adult Fantasy and Sci-fi

In the Sonar series it was fun to explore different elements of Sci-fi romance and create various realms of powers for my characters. I want to show my readers that Sci-fi can be fun, but also traumatic. I hope you guys enjoy the Sonar Series.

5 e-book copies of Dance with Amnesia