So I love this author!! She has some fantastic books, Like the Hyde Series, which is awesome, and my favorite so far, Unseen, which I am DYING for book two of that series! Seriously, like I need it. LOL So when she sent me a message saying she had a contemp coming out, I needed to share her goodness with you! :) Lemme show you! 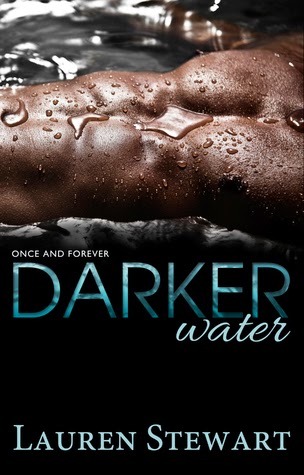 After another painful breakup, Laney Temple finally understands that love is a fairytale and sex rarely comes with a happy ending. She’s too busy for it right now anyway—she has a business to run, art to create, and candy to crush. Eventually she’ll be ready to switch from her plastic-or-silicon lover to a flesh-and-blood one. But before that happens, she needs to be sure she won’t feel any of those annoying emotions that make her heart do things it wasn’t meant to do...

Carson Bennett is completely upfront about what he wants, and it has nothing to do with Laney’s heart. Her lips? Hell yeah. Other parts of her body? You better f*cking believe it. But her heart? Nope, not even a little. Until it does…a lot. But having feelings for someone isn’t allowed. It’s the kind of thing you’re supposed to push down deep and cover up with one-night stands, sarcasm, and booze...

Two people want the same thing—a commitment to nothing more than great sex in a bunch of different positions. Simple. Enjoyable. A win-win. Problem is, those two people have families and fears and pain that spill into every moment of their lives, control what they do and who they are. And if either Carson or Laney can’t free themselves from the past, they’ll both be pulled under by it.

**DARKER WATER is a standalone contemporary romance (no cliffhanger)** 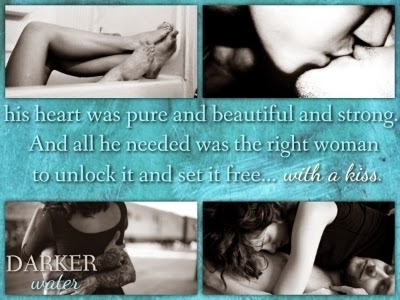 Excerpt
“Let me guess,” I said. “You’re different from every other guy, searching for the one
woman who will complete you. You’re considerate, caring, and really want a chance to
know who I truly am.”
“Not at all,” he said, ticking the points off with his fingers and grimacing. “Definitely
not. Dear god no. That’s not even close to what I want from you. And…was that all of
them? I got distracted by your breasts for a little while there, so I may have missed one.”
I coughed, covering my mouth before I spit my coffee out. “Seriously?” In the last
few months I’d had a lot of similar conversations with moderately similar guys. But not a
single one had an answer even remotely like that.
“Seriously. I’m a complete asshole who only cares about what he can get from
someone. Take you, for example. I saw you sitting here alone, no ring, great body. And
thought, ‘I want to fuck her.’ And yeah, those were the exact words that went through
my head. On the way over here I tried to figure out the fastest and most efficient way to
get you into my bed—which isn’t far from here, by the way—hoping you weren’t the
type who needed a couple dinners out first. So, Lane”—he popped an eyebrow—“are
you?”

Do you recall how your interest in writing originated or did you always just know?
My sister is an amazing writer, so I never thought I was any good at it. Except for to do lists. I’m awesome at those. :) I didn’t even try writing fiction until a few years ago, the first time my kids spent a few days at grandma and grandpa’s house. I sat there with no idea what to do with myself. It’s stupid, but I’ve always loved to type, so I started typing, doodling with words, I guess. Once I started, I couldn’t stop. It’s an addiction, just like reading.

What inspired you to write your first book and what was it?
My first book was an urban fantasy about a telepath whose power is triggered one night in a bar. She becomes friends with the guy who caught her before she face-planted on the floor, but he isn’t who she thinks he is. The story is her understanding who she is and dealing with the deceit of someone she cares about. That was exactly what I was going through when I wrote it, so that character holds a special place in my heart. Someday I would really like to take that project out of my drawer and see if it’s fixable.

Are experiences based on someone you know, or events in your own life?
I’m big on themes in my books, ideas and issues we have all dealt with at one point or another—trust, lies, abuse, fear, self-worth, etc. So while I don’t have any supernatural powers and have never gone through the things my characters do, the emotions are all based in reality. But sadly, my life is incredibly boring compared to my characters’ lives. I mean, I sit in front of a computer all day, listening to imaginary people talk to each other in my head. LOL

How do you chose when/which characters die in your books?
Ha. Great question. But I’m not sure. It’s a big risk to kill good characters off. Readers don’t normally like it too much. But it’s shockingly fun. Haha
It usually makes sense for the big bad guys to die, just because sending them to prison isn’t enough of a conclusion and when a hero or heroine has to deal with having killed someone, regardless of the threat that person presented, it’s pretty traumatic and exciting. As for other characters, it’s a lot more difficult. I don’t usually decide. It just happens. At a certain point, I realize that in order for the main character to grow or learn, they need to know how it feels to lose something or someone.

Are there any new authors that have grasped your interest or that you recommend, other than yourself of course?
I’m a fan of Kylie Scott. She writes a similar kind of snarky bad boy as I do. I loved her zombie series and am two books into her contemporary series.

Who do you look up to as a writer?
JR Ward and Karen Marie Moning were the two writers who really helped me understand that writing is as much about following the rules as it is about breaking them. As long as you do it deliberately. That was freeing and let me experiment with things that are normally big no-nos in certain genres. I love their men—specifically Vishous (from Ward’s BDB series) and Barrons (from KMM’s Fever series). My first hero, Mitch, was a combination of the best of those two “heroes.”

If you had to do it all over again, would you change anything in your book?
I’m a perfectionist. It’s annoying as hell. But it means that when I let something go, it’s as good as I can possibly make it. There are always little things I would change but I try not to spend too much time looking back.

Is there anything you find particularly challenging in your writing?
My books tend to be complicated, with lots of subplots, intercepting storylines, and tons of pieces to keep track of. Sometimes I wish I could write something straightforward, but it doesn’t seem possible for me. Even Darker Water was supposed to be a simple story. It didn’t turn out that way. I think it’s time I gave up on that dream. LOL

What book are you reading now? Or what genre?
I just started reading Pepper Winters’ Indebted. It’s the first of hers that I’ve read, but it came highly recommended. Her writing is just beautiful.

Who designed the cover? And do you help with them?
Amanda from Pixel Mischief Design made the cover for Darker Water. Thankfully, she’s really patient and hysterical because we go back and forth a lot for each cover. I trust her eye and we usually end up with something very similar to the first thing she came up with. Oops. Everything she’s done for me has ended up stunning.

Did you learn anything from writing your books and what was it?
That there are a lot of people who think and look at the world the same way I do. I never would’ve known that if I’d never published a book. I’ve always thought I had to behave in a certain manner around people, put a filter on what I say. And I still have to do that sometimes (at PTA meetings and the like), but when I talk to readers or other writers, I can say whatever I’m thinking and they aren’t shocked at all. It’s awesome. :)

If you could be one of your characters, who would you chose?
Laney from Darker Water. Even though I love my other heroines (and their heroes), I love the way Carson treats her. He’s so much fun, and I would give anything to be on the receiving end of his sarcasm and seduction.

Do you have anything specific that you want to say to your readers?
Thank you for taking a risk on me and my books. I don’t write what’s expected. In fact, I deliberately try not to be predictable with genre, characters, or stories. And thank you for reaching out to me, for recommending my books to your friends, and for being so gracious and kind. Knowing you’re around makes everything more fun.
Thank you so much for having me! I’d be happy to stop by again any time.
✷ About Lauren ✷ 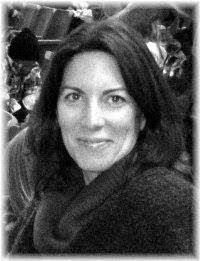 Lauren Stewart lives in Northern California with two of the most amazing children that the world has ever seen. She reads almost every genre so, naturally, her writing reflects that. With every book, every story, you'll find elements of other genres--fantasy, mystery, romance, paranormal, suspense, YA, women's literature, all with a touch of humor because what doesn't kill us should make us laugh.

Email ThisBlogThis!Share to TwitterShare to FacebookShare to Pinterest
Labels: (Once and Forever, #1), as the pages turn tours, Darker Water, Lauren Stewart