Today is my stop during the blog tour for Princess Adele’s Dragon by Shirley McLain. This blog tour is organized by Lola's Blog Tours. The blog tour runs from 31 May till 13 June, you can view the tour schedule here. 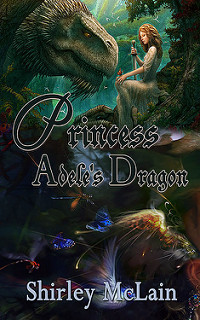 Blurb:
Princess Adele lives with her brother, Robert, the King of Valdoria in the castle. There has been a monster terrorizing the Kingdom for months. The King has finally come to a decision on how to deal with the monster but the Princess can't agree with him. For the sake of the Kingdom Princess Adele decides she must be the one to kill the dragon. She couldn't live with herself if her brother went ahead with his plans.

What Adele found on her quest changed her life and the lives of those around her. She was a strong young woman who knew what she wanted and would do whatever it took to get it. Follow Princess Adele as she battles to save her home and her life.


You can find Princess Adele’s Dragon on Goodreads

My Review
I love dragons and dragon stories. But this one is different but just as cool!! You see, there's some differences that I just love- like the princess being the sister, not daughter or love interest. And the fact that she really doesn't want to be a killer. Even if the dragon was making a mess of the towns, her brother's (King Robert)  advisor- Lord Ashmore told him he needed to sacrifice a girl to the dragon for it to be fixed.  Adele wants to save said girl so she goes to find the dragon herself. Well, she got a big surprise too!! Because they become something special together. You're probably thinking- why did the dragon change his mind so quick, but just wait!!
The writing is great! I stayed glued to the pages and I loved everything about the story. Magic, witches, bad guys, dragons, friends and family- there's a little bit of everything for everyone! And of course betrayal- lots of it. It's a quick read and has great depth without being a total all enveloping debacle. I loved this one!! My YA fantasy fans- this one is for you!! 5 DRAGON PAWS!! 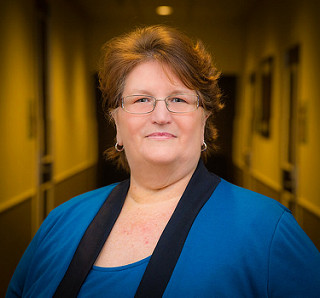 About the Author:
Shirley McLain makes her home in Sapulpa Oklahoma with her husband and their fur family of four dogs and three cats. She also has two grown children, six grandchildren and twin great-grand sons. She has/is living a very full life. She retired after working thirty-two years as a RN and then began a full time writing carrier. She and her husband enjoy their five-acre country home. It is a perfect setting to let Shirley’s Muse work it’s magic. Shirley is an eclectic writer and has always enjoyed the writing process. Shortly after her retirement she woke up one morning with the thought that she was going to write a book. She didn’t stop writing until she’d finished her first book. So far she has published four books which are now on Amazon. Her goal is to bring as much enjoyment to her readers as they deserve and want.

There is a tour wide giveaway for the blog tour of Princess Adele’s Dragon. These are the prizes you can win:
- 15 e-copies of Dobyns Chronicles by Shirley McLain

For a chance to win, enter the rafflecopter below: